Home » Tips & Resources » Some of the Biggest Fish Ever Caught

Some of the Biggest Fish Ever Caught

There is nothing as relaxing and as stress relieving as fishing. It’s a bonding experience, and many families have made it a tradition. Fishing for sport is not something new, and every once in a while, social media floods with photos of extraordinary and gigantic fish caught in this exercise. These creatures, despite their size, they remain delicate outside the water. There have been cases where new unidentified species have been caught hence arousing the scientific curiosity. In this article, we will showcase here some of the biggest fish ever caught and flooded the internet recently. 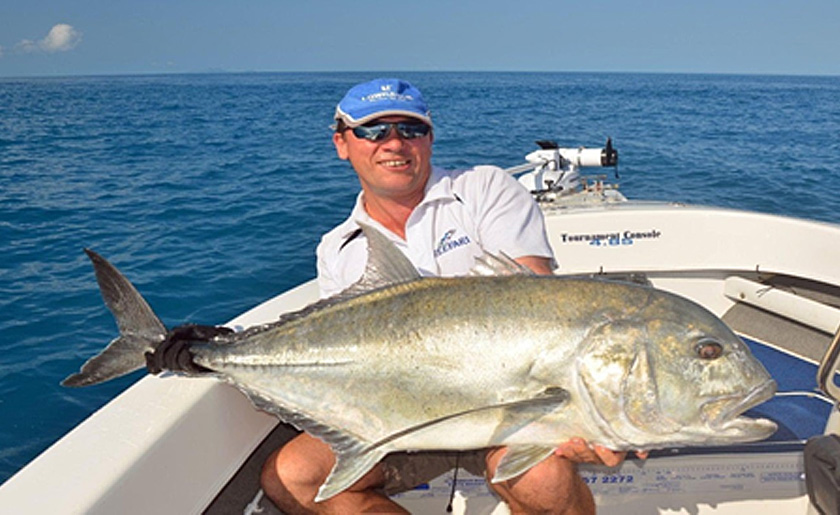 This big giant trevally was caught by two guys who run ‘Reefari,’ a YouTube channel that teaches people how to catch monster fish with small boats. This species is not common and rarely surfaces. The team was lucky to spot one, let alone catch one. The fish was 1.2 meters in length and weighed more than 25 kg. GT’s are considerably shy and only converge to breed or feed. The photo was taken on their boat immediately after catching it. They released it later into the water after taking the measurements.

The species is commonly found in the shallow tropical waters and is also known as the “Jew Fish.” This fish was caught by three Albanian fishermen and weighed roughly 37 kg. It measured 1.6 meters in length too. The fish comes from the grouper family, and I found mostly among the coral with a depth of 16 to 165 ft. Due to its stubborn nature and sheer power and strength, the Goliath Grouper took them more than an hour to pull it outside the water successfully.

Caught by the Italian Dino Ferrari in the Italy’s Po River, the giant catfish weighed more than 280 pounds and an impressive 3 meters in length. Dino Ferrari fought with the beast for more than half an hour before gaining a rare victory. The giant fish had occasionally been spotted by fishermen and tourists and had attracted quiet attention. The beast is considered to be one of the biggest catch by man. 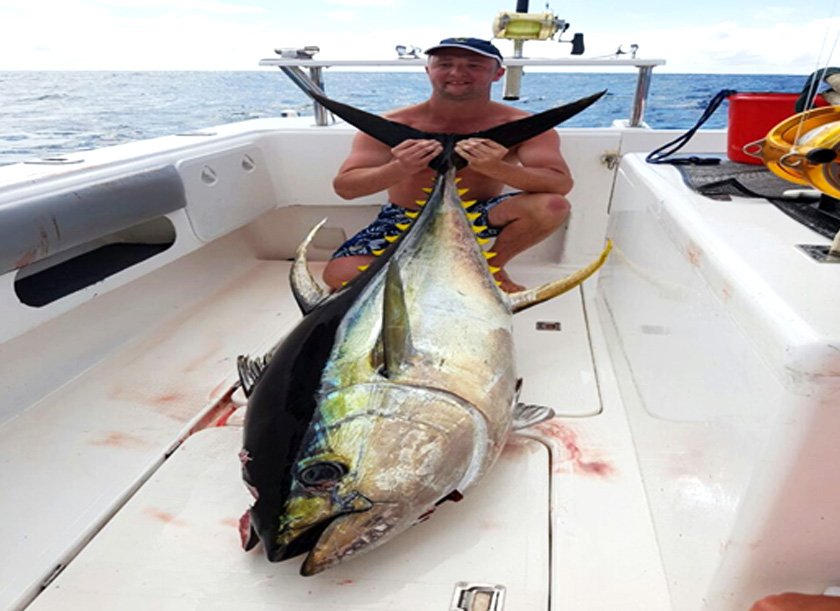 Being the largest of the Tuna species, this Yellowfin Tuna was caught by a fishing expedition organized by ‘Hooked On Africa Deep Sea’ Fishing Chatter in Cape Town, which is a catch and release chatter in South Africa. This Tuna weighed an incredible 400 kg and measured more than 3 meters in length. They are mainly found in the tropical oceans worldwide. The team expressed showed their delight in capturing this elusive creature, which took them more than an hour to track and pull out of the water. 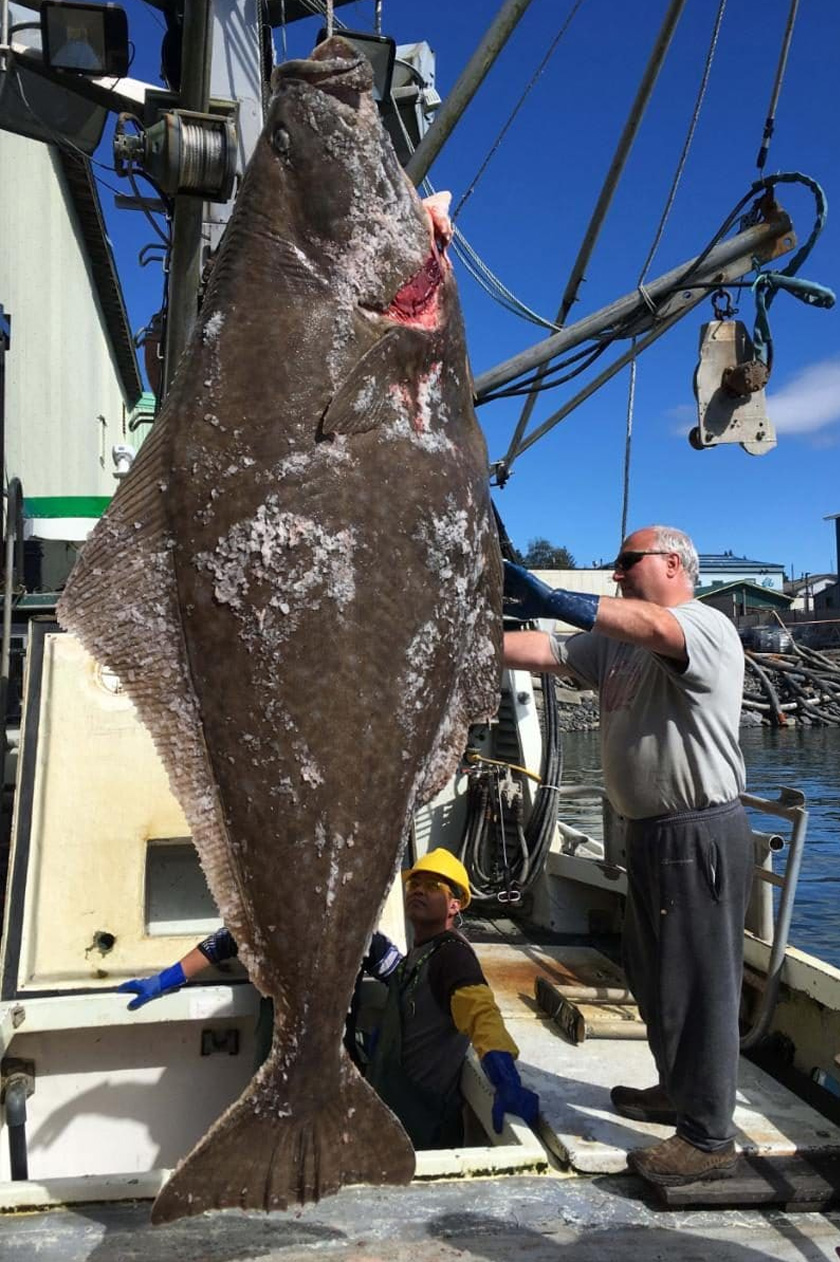 Caught by fishermen Doug Corl and Brian Mattson in Southern Alaska, the giant halibut was the biggest fish to be caught in that area for a while. It weighed more than 400 pounds and had an impressive 5-meter length. Doug and his crew didn’t expect to make a ‘catch of their lives’ as it would come to be known later on. This species of fish is extremely rare, and most of them don’t reach that size. Brian Mattson explained the catch wasn’t a smooth one as one would imagine the strength of this creature. Levy Boiter, who works at the International Pacific Halibut Commission was impressed with the catch and stated that the halibut wasn’t and ordinary fish. The news of this catch attracted attention and was also featured in The Telegraph.

Caught by the British couple Michael Margaret Snell, the giant white sturgeon was cornered and captured in the Fraser River. This river monster was the biggest fish caught in the river, and some even said it’s the biggest catch in North America. The white sturgeon weighed an incredible 1100 pounds and had a length of over 12 foot long. On their vacation in North America, the couple had little knowledge and idea that they will make a catch of their lives. The battle took more than an hour before the sea mammoth finally gave in. Mr. Snell expressed his delight and the fact that the fish wasn’t tagged, showed that he was the first one to catch it. 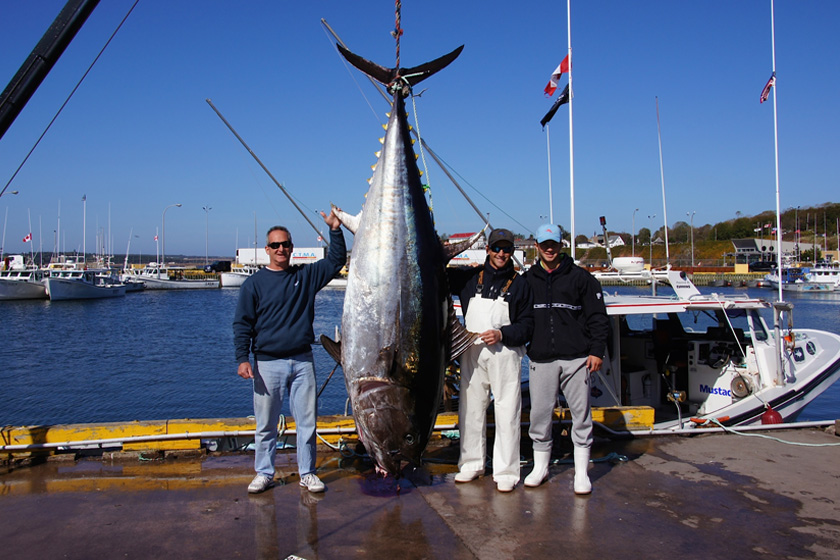 This giant was caught by Marc Towers and Neil Cook off the coast of Nova Scotia. This magnificent beast was the biggest catch they have ever made in their fishing career. The fish is among the biggest of the Tuna species. The Bluefin tuna weighed an incredible 1000 pounds and measured 3.4 meters in length. The Nova Scotia is popular for such giant fish and has been a home for a giant species for years now. Both Marc and Neil planned to sell the fish to the Japanese market where it is highly demanded. The fish is said to be capable of making more than 20,000 pieces of sushi and could fetch the two fishermen £20,000.

Catfish can grow to incredible size over the years. Will Sutton, a 14-year-old schoolboy, was the luckiest schoolboy in England as he managed to struggle and finally capture the 7ft monster of a catfish. Sutton described the struggle with the fish which weighed an outstanding nine stone as the ‘biggest fight of his life.’ The fish set a national record as the largest catfish caught and the largest caught in Britain by a junior angler. The battle that lasted for nearly an hour was a reward for Sutton who was on the last day of his two-days fishing trip. 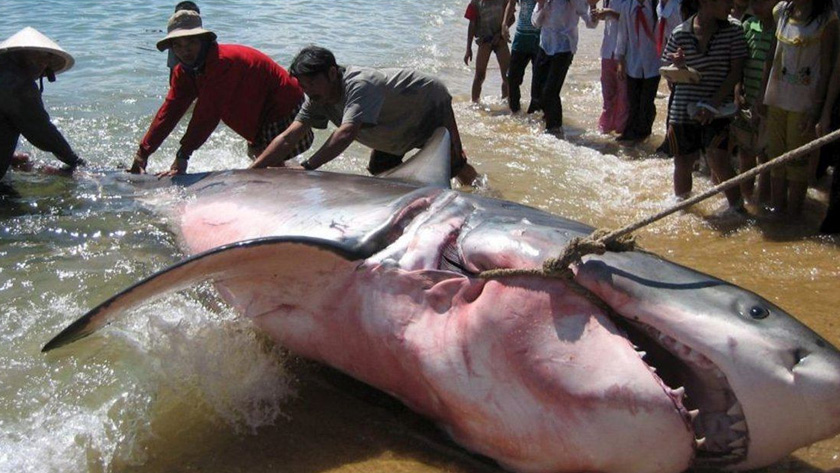 Most of the time, great white sharks make news for negative reasons. Known as the greatest man-eater shark in the ocean, this ferocious hunter has been a sworn enemy to the sailors and surfers. However, the half a tonne beast was caught and dragged to the shores of Vietnam. The creature was suspected to be behind recent attacks along the shores. It showed how big the great white shark could grow in a thriving condition.

Fishing is an incredible sport and can offer one with great experience. However, one is considered to exercise caution as dealing with such big creatures can pose a danger.

Fishing Trip Checklist that Every Angler Should Have

Fishing for Beginners: How to Start Fishing As A Hobby

Related Articles
We will be happy to hear your thoughts